We’re in Urumqi. The capital city of Xinjiang Province, the most western province in China, and also the city furthest from the sea of any in the world.  We’re currently taking a compulsory week off the bikes while we wait for our Kazak visas and are staying with a Chinese family that we found on Airbnb.  There are three people in the family, the parents and their adult daughter.  The also have a kitten, called Chitah.  The apartment is big, spacious & modern and the family live in much the same way that we, or any other western people, do.  When we say that we are staying with a Chinese family I can only imagine the images that people will conjure up in their minds – eating meals on the floor, wearing conical straw hats, living in dimly lit, squalid rooms, bathrooms with poor sanitation etc etc etc – but none of these images hold, at least not for this family. They are part of the ever-growing Chinese middle class and with that comes a certain striping of culture, a leveling of the playing field so to speak.

Urumqi, and Xinjiang Province in general, is very different from the other areas of China we’ve been in.  The people fall mostly into two ethnic groups, Han Chinese and Uyghur.   Both Mandarin and Uyghur are official languages here and as a result English has been replaced by Arabic on the road signs, leaving us in a bit of a pickle!  The Uyghur people are a predominately Muslim people who look much more Central Asian/ Middle Eastern than they do Chinese, giving the place a much more diverse feel to it than other areas.  However, there appears to be considerable tension between the two groups of people, and as a result there is a scarily heavy police and military presence on the streets at all times.   Not so long ago, the two groups coexisted quite peacefully but now everyday life is pretty segregated with kids attending different schools and the people living in separate neighborhoods.  It’s an odd situation and one that we’d like to know more about but the lack of English spoken locally and our obvious failings in Uyghur and Mandarin make asking questions pretty difficult.  If you were to believe everything you read in the media then the Uyghur people are a bunch of violent, bomb detonating lunatics but we’ve been here long enough now to know that the truth, and what the Chinese media would have you believe is the truth, aren’t exactly well aligned.  From what we can see, the Uyghur people, who it would seem have been in this region a lot longer than Han people, are being persecuted.  They seem to be discriminated against much like ethnic minorities in many countries or regions worldwide, only they aren’t a minority and they were very much the majority until the government started to relocate Han people to this region not too long ago.  They seem to occupy the lower echelons in society, living in poorer neighbourhoods and working at the more menial jobs.  Anyway, like I said, it’s an interesting place, and one that we’d really like to understand a bit better.  I suppose we have a week now to try and delve a little deeper!

So what about the cycling? Well, it’s been more of the same really.  I can’t believe the last update either of us gave was as far back as Zhangye. It’s hard to even remember it, that was so long ago.  There is so much the same to everyday (we cycle, we eat, we sleep) that even though we are passing through new places, experiencing changes in scenery and landscape, having all sorts of weird and wonderful interactions, the whole lot has a tendency to blur into one big mess.  We’ve camped twice more since the last post, both times in equally stunning places to the first spot, but much warmer!  The weather in general has been much warmer actually, we even broke out the shorts and t-shirts for a day or two, but we did have to take refuge in Yumen for a day and a half while it snowed!  Mountains and deserts have dominated the journey from Zhangye, and we had some sweltering days in the desert.  One in particular stands out when I had sun cream dripping into my eyes because my head was sweating so much – a lovely experience altogether!  The worst weather by far though was the wind we encountered just before reaching Dabancheng. It was so bad that after two hours of battling into it, and covering a mere 9km, we flagged down a passing van and hitched into the town.  It was still 40km away and we wouldn’t have made it.  We’d been keeping an eye out for a sheltered camp spot to absolutely no avail and I’m not entirely sure what we would’ve done had we not been rescued! The winds were gusting at up to 50km/hr we found out later, and it’s not unheard of for trucks to be blown over and trains to be de-railed in that area.  Once again though, the friendliness and kindness of the people was overwhelming, and turned what could have been a total disaster into a lovely encounter and a highlight of the trip.

Speaking of highlights, we’ve cycled past lots of camels over the last little while.  Herds of wild ones, roaming the vast expanses of the desert between Hami and Turpan, as well as domesticated ones chilling out in the compounds of people’s homes.  Another obvious highlight was passing the quarter way mark of 3750km.  We were on a 19km stretch of downhill with a tailwind at the time but we stopped for a quick road side celebratory dance and a selfie before continuing on our way.

Now the end of the Chinese road is in sight.  A fact that is hard to believe.  Have I (we!) really just cycled virtually the whole width of China? Why is it all such a blur? Can we really only have twice that distance to go again? And what then?

Trying to write a post after so long (it’s been a month since the last cycle related update!) is very difficult.  So much has happened, yet so much is just the same.  One thing that is definitely still the same is that we are having the time of our lives and loving every minute of life on the road, and on our big Bike Back Home adventure.  Here are some photos to help explain the things we've seen and places we've been...(they aren't in sequence for some reason and the connection isn't good enough for me to have the patience to try and do it all again, sorry!) 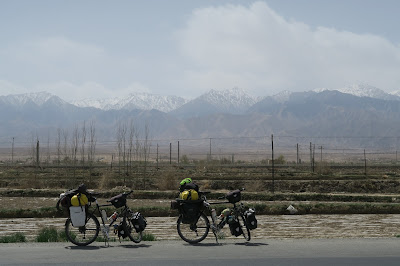 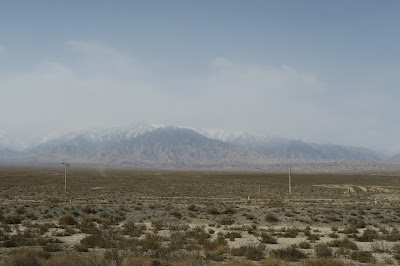 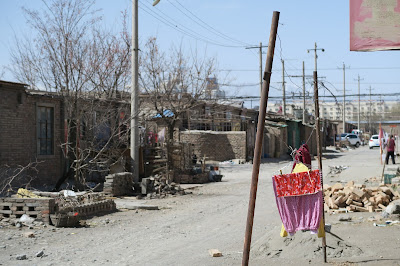 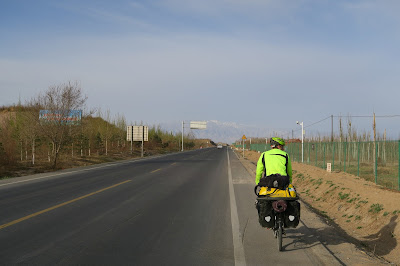 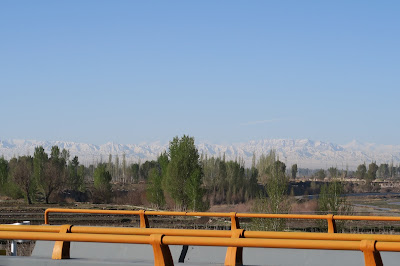 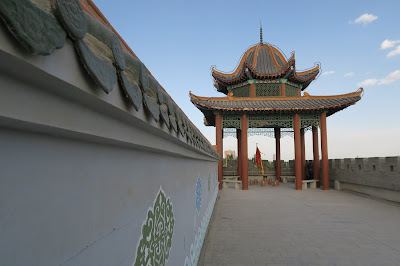 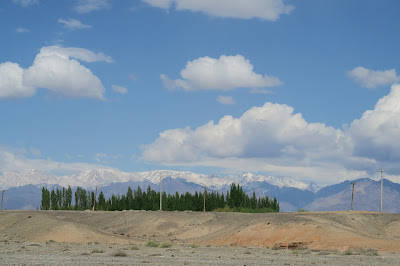 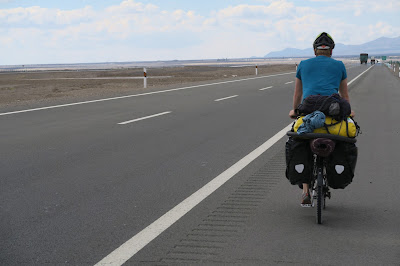 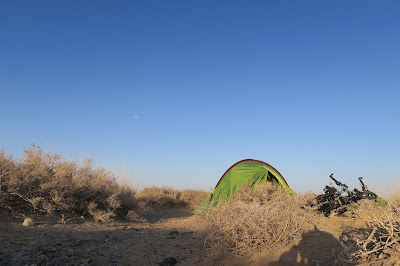 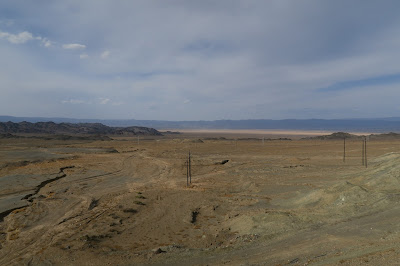 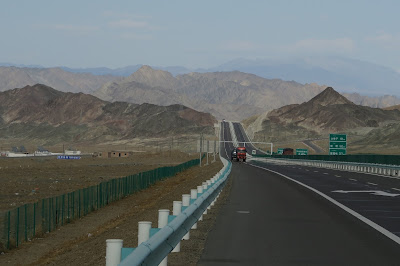 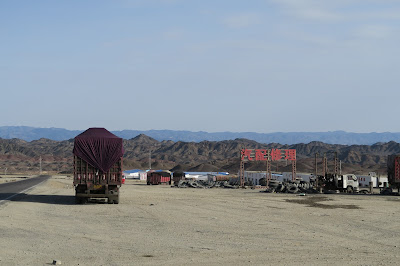 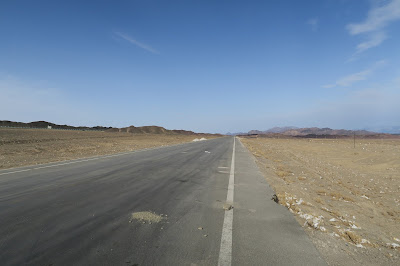 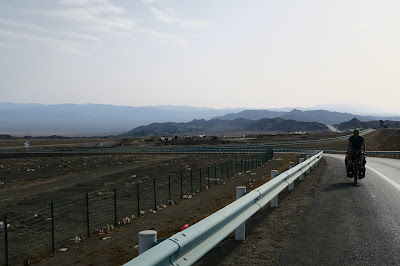 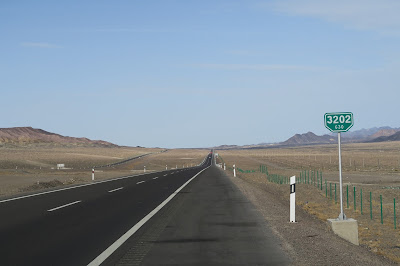 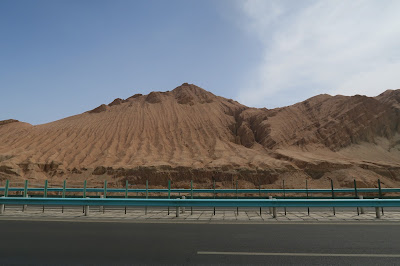 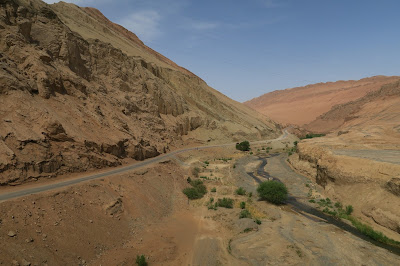 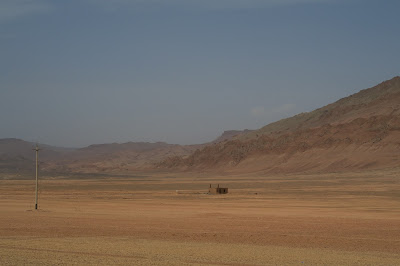 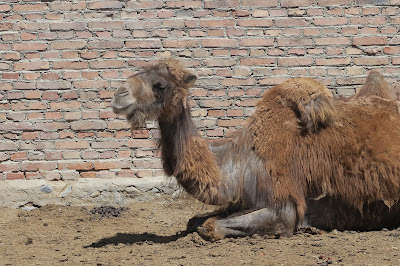 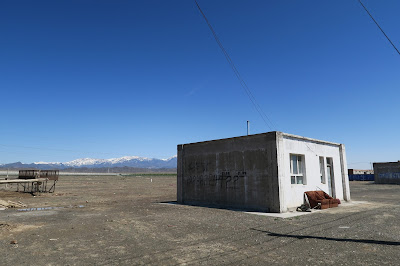 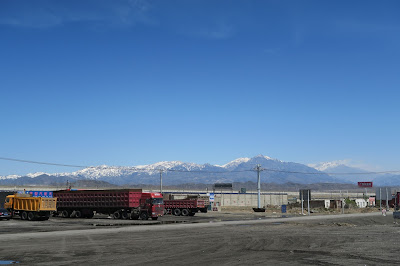